How can high level bankers and financiers hold their heads high in public? 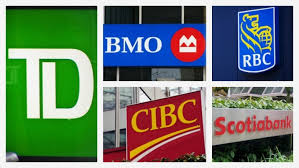 I thought I'd open a savings account today until I received over a dozen sheets of paper, printed on both sides, from the bank with more fine print than it would take a lawyer to figure out. When I got to the tables indicating the interest rates, at first it looked really good. If I could manage to put together $5,000 I'd get 5% interest per year, which nowadays is pretty good, right? It seemed too good to be true; so I looked more closely and discovered that, in fact, that was too good to be true.
What is really being offered is 0.05% on a balance of over $5,000. That works out to 5 hundreths of one percent, or, to be even clearer, 5 ten thousandths. So for $5,000 that would amount to total interest per year of $2.50. I had to double check with the calculator, and sure enough, multiply 5,000 by 0.05% and that is what you get, $2.50.

It's a joke. The high level bankers are playing with the hard-earned money of the entire population of our countries and making record-breaking profits - I hate to think of how they must be treating their employees - and giving us just about nothing in return, except perhaps some security and guarantee against robbery and fraud. These past decades, banks have made insane profits, which may explain the foolhardiness with which they made speculative investments, some of which caused the financial crisis of 2007-2008. Those who made and promoted those risky investiments obviously didn't care about the people whose money they WERE PLAYING WITH. It was all about GREED and CAREERISM.

The next step we might anticipate is that banks'll try to convince us that we should PAY THEM for the privilege of allowing them to play with our money, our hard-earned savings. That would be the limit.

All that is because our entire financial and economic system is based on the principle of debt and credit. When you start out in life you have all your potential before you: youth, strength, ability to learn, ability and willingness to apply yourself to tasks and jobs, and much more. In the eyes of our financial and economic system, all of that - all of YOU - is worth NOTHING.

You have to take out a loan, to apply for credit, in order to have any value at all, and your value is only as much as you OWE. It's a new or old form of slavery which defines your worth by what value you have to the one who holds over you a debt. That is as close a definition of slavery as I can think of, with the exception of freedom of movement and of speech; although in many places these are limited as well.

I recall reading somewhere that when industrialists and capitalists of the industrial revolution first offered salaries to workers - a specific wage for a specific duration of time worked - that citizens generally balked at the offer. They were actually offended because common sense told them that this arrangement was nothing more than a volunary form of slavery because their time would no longer be their own and they would, in effect, belong to the owners for the duration of their work period.

In actual fact, initially and for a number of decades, working conditions grew increasingly horrendous as capitalist industrialist owners of factories put the "squeeze" on workers to extract as much labor and output from them as they possibly could for as little remuneration as they could get away with in return. Typical factory, store, and restaurant workers in the early decades of the 20th century would work six days at 10 to 12 hours a day for $7 a week. It often cost them $6 a week to share a bed with other workers, which left them with only $1 a week to eat, clothe themselves, and buy medicine. Many poor women who were single parents had to "sell" themselves in order to feed their children.

Original catholic activists like Dorothy Day and Catherine Doherty cried out loud on behalf of the poor. even embarrassing Church leaders - bishops and pastors - to finally come to recognize that the Church was doing NOTHING for the poor and poor workers. Before and after the "Great Crash" of 1929 there was nothing like health care, employment insurance, social welfare, retirement funds, or even soup kitchens. At best there was only a bit of simple neighborly help by those good people willing to notice and bring some limited comfort to the trouble of their neighbours.

The very first soup kitchens were set up by Dorothy Day at the Catholic Worker New York in 1933 and by Catherine Doherty at Friendship House in Toronto in 1931, in Ottawa in 1936, in Harlem, New York in 1938, and in Chicago in 1941. Those movements rose and fell and engendered many others as social awarness and responsibility grew in the general population of our countries and in other lands as well.

These prophetic leaders and activists and the movements they generated arose from their faith in Jesus as the Christ, the Lord, and by prayerfully looking to Him, his life, death and resurrection; seeking from the Gospels light that could be shed on the many ethical and social issues of the day that were having deleterious impacts on the lives of the general population: war and peace, wealth and poverty, the privileges of the rich and powerful versus the constraints on the poor and helpless, issues of exploitation and violence, the insensitivity of public and private institutions and of the ordinary citizen to the trials, tribulations, and suffering of the disenfranchized.

Originally, Dorothy Day was caught up with the work, writings, speeches, and public manifestations by communist and socialist activists, but she shortly experienced a religious conversion and from then on she followed none other than Jesus Christ. Such as the faith and motivation of Catherine Doherty, who unlike Dorothy, followed Jesus Christ from her childhood. Having experienced the "downside" of communism in Russia from 1917 to 1920, Catherine strove all her life to bring the Gospel to bear on the troubles of the poor and oppressed in order to bring a better light to bear on their lives than anything that communists and socialists might claim to bring.

Catherine read what the popes had been writing since the beginning of the industrial revolution about the plight of exploited workers and she won the approval of popes she met who encouraged her to persevere in her labours. Pope Paul VI even said to her that on her and her work and others like her depended the survival and progress of the Church herself. That is why she became such a thorn in the sides of bishops, cardinals, and priests who had not caught up to the rapidly deteriorating living conditions of ordinary people from the mid-1800's to the mid-1900's. It took time, but church people increasingly became aware and mobilized into action for the poor and dispossessed of the Earth.

Retirement Programs - in Canada: the Registered Retirement Annuity was created in 1957; followed by the Canada Pension Plan in 1965 by Lester B. Pearson - in U.S.A. the Baltimore & Ohio Railroad established in 1884 the first pension plan by a major employer (at 65 workers for 10+ years could retire for 20 to 35% of wages; in 1875 American Express created the first private pension plan for the elderly and disabled; by 1926 there were around 200 private pensions by larger employers. Plans continued to develop in the 1900's but less and less employers offered them since the 1990's. The U.S.A. never developed a country-wide pension plan, reflecting its capitalist foundations and principles. It's every man for himself and every woman for herself. You don't plan, you don't get.

We have forgotten the original reasons why people were willing to suffer brutality at the hands of police called by the capitalists when workers began to demonstrate in order to convince fellow workers to unite and form unions. They desperately wanted to win the authority to negotiate with the capitalist owners on behalf of the workers in order to seek better hours, safer working conditions, and better pay.

Human nature being what it is, many unions developed into caricatures of what they were originally intended and designed to be, trying to control plants and production and to dictate conditions to the owners without reference to the costs of production and the profit margins. In the past several decades many factories and businesses have closed or sold out because of unreasonable demands by unions, whose representatives lived on the union dues paid by the very workers whose jobs they destroyed.

The best balance I have ever seen between workers, owners, and bankers is in the entirely worker owned and operated collection of companies developed originally in the Basque country of Spain in the 1950's by Catholics which has become a multinational corporation. Workers actually own the various companies and the supervisors and managers must report to them.

Instead of companies being owned by a handful of people, who can sell the company and dismiss the workforce at any time and retire with their profits to the Caribbean, the companies are actually entirely owned, operated, and managed by the workers themselves. We're not talking about communists or socialists here, because initially these were good Catholics and I would suspect that a good number of them still are. They haven't upset political institutions but on the contrary have been the economic and social backbone of their peoples and states.

No worker loses his or her job unless they don't want to work, and they are evaluated by all the workers at general meetings. No one earns more than 5 or 6 times the one who earns the least. Their collective profits and pension funds are reinvested into more development, education, and savings. They have developed their own university, and all the towns in which they have companies and workers are doing very well because of the great benefits generated by this cooperative movement. This amazing, creative, and cooperative movement is called Mondragon Corporation. Check it out.