Who can say what is "true Islam"? 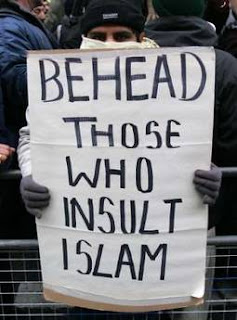 The Catholic News Agency on February 27th reported on the talk given by Professor Saeed Khan, an expert in Islam, at the Cor Unum conference a few days ago and CNA's interview with him - "Is a Catholic concept of mercy at the heart of true Islam?" The report speaks of "true Islam" but I would put the question: who can authoritatively state and demonstrate what is true Islam and what is false Islam?

I find it difficult to understand and accept such interpretations of Islam and to reconcile these statements with the reality. I also believe it is long overdue for us to make necessary distinctions whenever we make such public statements. Otherwise we mislead the faithful and the general population because we all risk feeling guilty about what we think and feel about the condition of Islam in the world, not only today, but throughout history.

As Pope Francis and his predecessors have done, so I also try to do and so engage in dialogue with Muslims. That is something we as Christians and Catholics must do.

It is one thing to dialogue with people who are Muslims in name only, or who practice their faith as they understand it, with emphasis entirely on a spiritual reading of Islam, and quite another to try to dialogue with a Muslim who fervently adheres to the overall movement of the Qur'an and the history of Islam.

For us Christians, it has ever only been splinter groups that were found to be heretics, with the exception of the Arian period when almost all the bishops adhered to Arius. It has been relatively easy in Christendom to make a distinction between the faith and society. St Augustine wrote of it in terms of the "City of God" and the "City of man". None of the abuses and atrocities committed by Christians and their civil and ecclesial institutions in the past two millennia could ever be traced back to or founded on or claimed to be derived or inspired by the New Testament, or even the Old Testament for that matter.

Abuses of power by kings and princes as well as by ecclesiastics could not be founded on even erroneous interpretations of the Sacred Scriptures because in the Bible there are no statements attributed to God anywhere telling the faithful to go out and kill unbelievers.

The contrary however is true of Islam. History clearly demonstrates that its many periods of militaristic conquest and expansion were driven by tenets of the Qur'an and, at the outset, by commands issued by Mohammad himself, which he attributed to Allah.

While the Qur'an does contain some "mild" verses directed toward fervent faith, mercy, and peace, the general movement of the Qur'an, Muslim traditional teachings and documents, and public statements made by Muslim leaders all clearly go in a single direction: the conquest of the world for Allah. We have yet to hear Muslim leaders competently and authoritatively refute the militaristic claims made the those who consider themselves and are generally accepted to be fervent Muslims. We are unlikely ever to witness such refutations because such arguments cannot be convincingly based on the Qur'an nor on Islamic tradition.

As I understand all that I have read, the conferences I've heard, and the most objective reports I've seen, the only authentic dialogue we Christians can have is with Muslims that the world of Islam considers heretics or traitors to Islam.

Muslims sincerely open to Christians, or to Christ and his life and message, may be more than we think, but they live under the domination of those who correctly state the true nature of Islam, which is militant and bent on the conversion of all of humanity and considers the "people of the book" to be following falsified versions of the Scriptures. Those we consider "moderate" Muslims are incapable of refuting the claims of "fervent" Muslims, such as those following the revival initiated by the Muslim Brotherhood in Egypt, because the overwhelming intent of the Qur'an and all the Islamic documentation and tradition coherently goes in the militant direction.

Moreover, while Christianity left its world of theocracy behind in the Middle Ages, Islam has ever always been a theocratic society, in which there can be no distinction between religion and life, between mosque and city hall, between Islam and society. It is all one and as fervent adherents to the letter and spirit of the Qur'an and Muslim tradition, they are bent on imposing Sharia Law on the whole planet.