Sexual abuse - let's make room for the truth, all of it and avoid misdirected anger or rage 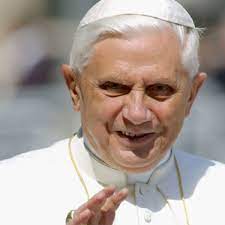 The truth will better serve the safety of children and all those at risk from abuse of all kinds.
Any children or anyone hurt by us priests or bishop need our immediate protection and help.
Anyone responsible for hurting others must face the consequences, but they need help too, since most often such heinous acts are not only crimes, but they are also manifestations of profound psychological dysfunction and illness.

If the media feeding frenzy turns its voracious appetite on people like Pope Benedict XVI, who is leading the way for us in dealing with sexual and other forms of abuse, it is not surprising. This time of year we commemorate and enter deeply and personally into the events surrounding Jesus of Nazareth, because through these events He has obtained for us salvation, rescue from our mortal human condition. The feeding frenzy existed then, as it will until the end of time, and though He was perfect, that did not deter the sharks from devouring Him. Once He was swallowed up by hatred, evil, sin, and death, He burst out and destroyed their hold of fear on us.

We must be wary. The unfettered frenzy with which we turn on others, at even the possibility they may be guilty, may be a function of our own fear of being caught, or if not guilty of the same thing, then of being found out to have at the very least thoughts and temptations of which we are not proud. The most likely person to accuse others is the one who refuses to accuse himself or herself. As Jesus himself said, our vision can only become clear enough to see the truth about the other once we have taken the log out of our own eye, that is, once we have admitted to ourselves and to others our own faults and sins.

Then beyond our actual sins, there is always the realization that in the end I am capable of doing much harm, and the only thing that saves me is opening myself up to the grace and mercy of God. You remember the saying, "There but for the grace of God go I"? Lord, have mercy on us, on our children, and on all those among us who carry from infancy or childhood hurts that twist our personalities out of shape and make us dangerous. As a Church, as a society, as a family, as parents, as pastors, as any with responsibility to care for others, open our eyes to see those around us in need of protection and in need of help, and those in need of careful, strong boundaries, for the safety of those in vulnerable states. In Jesus' Name we pray.            Fr. Gilles

Please check out the Ottawa Citizen via the link at the end of this piece.

Palm Sunday is as good a day as any to be defending the Catholic Church against the latest onslaught of media smears, and the tireless efforts to tarnish Pope Benedict personally.

I desisted from writing this column for St. Patrick's Day, when the issue was whether in 1979, Joseph Ratzinger, then Archbishop of Munich and Freising, had knowingly transferred a pedophile priest to another assignment where he could abuse more children.

The truth was that he had removed the offending priest from his station promptly, and sent him into therapy; and that without Ratzinger's knowledge, that priest's parochial vicar, no doubt falsely believing he was "cured," later put him back in a parochial setting. To suggest that Ratzinger had knowingly put other children at risk was a calumny. But I notice the journalists are still combing old cc'd memos to find mud that will stick.

As I write, the latest -- originating in the New York Times, amplified by the BBC, and thus carried in some uncritical form on most wire services -- is that as Prefect of the Congregation for the Doctrine of the Faith, in the 1990s, Ratzinger had failed to reply to a letter about a child-molesting priest in Wisconsin. The story is self-refuting: the Vatican did not intervene because U.S. civil authorities had themselves dropped the case.

The BBC website headline reads: "Pope Benedict faces child-abuse cover-up queries." I have written before about the deceitful journalistic practice of waving such insinuations about in headlines and leads. Only those who read carefully to the end of the piece discover how empty, and how unsubstantiated, are the implied charges. But the great majority of readers, who merely scan with half-attention, are left with the impression of accumulating grievous wrongs.

Here in Canada, the National Post gave prominent play to a characteristically smug, malicious and factually reckless attack on the Pope by Christopher Hitchens, which originally appeared in the Slate web magazine. Readers who believed a word of it should be referred via Internet to a carefully referenced point-by-point refutation by the Canadian Catholic layman Sean Murphy.

As Mark Twain (himself notoriously fast and loose as a journalist) is purported to have said, "A lie can travel half-way round the world before the truth has put its boots on." Or words to that effect. I am inclined to stone my reader with innumerable other quotes about the salience of half-truths -- how, like half-bricks, they are easier to hurl than whole ones, etc. But in the end the world is the world.

These half-brick thrusts are mounted from the top of a much bigger groundswell. A number of past cases of pedophile priests, and other male and female church figures, have been exposed in Ireland, and the journalistic taste for uncovering more has spread across Europe.

While the ground is littered with allegations that are hearsay, and while the scandal has been magnified by a routine failure to supply qualifications and context, it must be painfully admitted that there is also much truth mixed in with the charges.

The best way to appreciate this is by (actually) reading the Pope's excoriating letter to Irish bishops, sent on the Solemnity of St. Joseph (March 19) to emphasize its gravity. The letter was airily dismissed in the liberal media with, "Pope Offers Apology, Not Penalty, for Sex Abuse Scandal" (New York Times). This is a total misrepresentation of the contents of a document that is proposing to tear the Irish church apart in pursuit of malefactors and of the people who covered for them.

Nor is it an empty threat, given the scale on which North American dioceses, seminaries and religious congregations were scoured by "apostolic visitors" after scandals came to light here.

Pedophilia is by no means confined to the Catholic Church -- and the Boy Scouts -- though they are the exclusive institutional targets of liberal media. Nor is there evidence, beyond the selectivity of news coverage, that the plague is not worse in secular institutions. It is a problem to be confronted throughout our society, wherever children are left in trusted adult care; and it is a problem that would seem to have been vastly compounded by the collapse of traditional sexual morality over the last couple of generations.

Rome has, in fact, taken the lead in dealing with it, and has already put in place the most exacting safeguards against the depredations of sexual perverts inside the Church. Pope Benedict has, personally, done more to this end than, so far as I can see, any other living human, and is thus the least appropriate target for attacks.

Within the church, the need of renewal remains much deeper than the pedophile scandals. In the time both leading up to and since Vatican II, the faithful have experienced one of her greatest historical crises: a catastrophic retreat before, and compromise with, the "Zeitgeist" of modern worldly "libertarian" moral values and norms.

The answer isn't more retreat and compromise. The answer is to return to the splendour of the Mandate of Christ. And this necessarily involves implacable opposition to that Zeitgeist.