Fathers - You are vital; Males - Be Men before God! 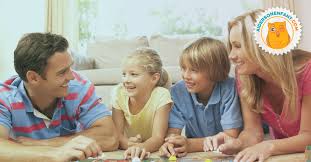 What is a man? Are all male human beings men, regardless of their character or behavior? Is a male who engenders children automatically a father? In common usage, males of a certain age - which varies according to particular societies and cultures - are henceforth called men. However, whether they truly are men or still only "boys" or "adolescents" or simply immature; this depends on their character and behavior.

In truth, it is common knowledge and our shared experience in human society that not all males automatically become men simply because they reach a certain age. By definition a male human being becomes a man when he accepts to become someone by being willing to endure trials and thereby develop his character, inner strength, and virtue; so as to acquire the ability to behave freely,  reliably, and with ease according to high moral standards. The stereotypical expression "preserve and protect" is not far from what a healthy and thriving society expects of its men.


The Jewish and Christian inspired Sacred Scriptures indicate abundantly that God behaves toward human beings as a good father who disciplines his children in order to give them character and to develop them into persons capable of love and responsibility.

"My child, do not despise the Lord’s discipline
or be weary of his reproof,
for the Lord reproves the one he loves,
as a father the son in whom he delights." Prov 3:11-12

"My child, do not regard lightly the discipline of the Lord,
or lose heart when you are punished by him;
for the Lord disciplines those whom he loves,
and chastises every child whom he accepts." Heb 12:5-6

"I reprove and discipline those whom I love. Be earnest, therefore, and repent." Rev 3:19

It is horrendous to observe in every time and place how girls, young women, and mature women are abused by men - those closest to them and from whom they have right to expect respect, love, and protection - but also from men who may claim to love them but only want to use them for their own selfish pleasure or satisfaction of their sexual impulses and instincts.

Girls in who employ a cell phone are more and more likely to be harassed by young males to send back nude photos of themselves - called "sexting" - an abhorrent and degrading practice. Studies such as this one indicate that some girls are ill equipped to resist such demands by males of their age or pressure from girls their age to consent to such requests from boys.

Other sources, as well as our own experience of family life, would indicate that the primary way for girls to become "equipped" to resist such abusive and disrespectful requests is for them to enjoy a very strong and loving relationship with their own father. We already know that children internalize what they observe in their parents. When something bad happens to their parents, children may well feel somehow responsible, that this happened because they were bad. Good and responsible parents who take good care of themselves as well as their children protect their children from such drawing such erroneous and possibly harmful conclusions.

Both girls and boys need their father to be strong, present, reliable, loving, and gentle in disciplining them. Being able to respect and love their father makes it easier for children to turn to him when in doubt or troubled. Knowing that their father enjoys listening to them, won't scold them if he disagrees with them, but will offer practical and wise counsel - all these positive traits protect children from feeling isolated and trapped in confusing situations.

A good mother will show her daughter a woman's way to follow in her life, but it is important that her father confirm that this is indeed a good way by respecting and loving her mother. A good father who loves his daughter and cultivates a rich relationship with her from early childhood teaches her that she has value and that she can count on him. The more she enjoys a good rapport with her father, the less urgently is she likely to feel a need to acquire other relationships with males - either substitute fathers or boyfriends. A good father will encourage her to enter into other relationships, but out of desire for friendship rather than out of a visceral need for affection or affirmation.

Girls who feel obliged to "sext" appear to have no adult figure - either mother or father - to whom they can turn in their doubt and from whom they might obtain the counsel they need in order to stand up for themselves and to protect their own sense of dignity as persons and as girls or young women.

Girls as well as women need to know that their body is good and beautiful, as designed by God their Creator, but that since the original sin, the sight of their nakedness is likely to stir up selfish instincts in males, and most especially in immature young males. Similarly, the sight of male nakedness is just as likely to stir up selfish instincts in females. A boy needs a girl to resist his selfish impulses for his good as much as she needs to resist him for her own good. Inasmuch as a girl might also experience selfish impulses; then a boy also needs to resist her, and for that he also needs a strong and loving father to teach, mentor, and accompany him on his journey to manhood.