Hope through resistance in the midst of troubled times 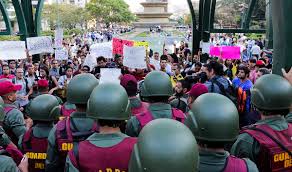 Could Venezuela's "social meltdown" happen to us?

First, I was shocked to see video clips of the profound meltdown experienced by the people of Venezuela. It seems that the cause of their trouble is primarily that their economy has been almost entirely based on their oil revenue; such that when the bottom fell out of the price of oil, so did that of their economy. What made things worse is that successive governments had promised and delivered extensive social programs and almost free gasoline, which in turn rendered much of the population more passive and receptive than active and productive. Infantalizing adults is never a good thing, as any parent with 30-year-olds who never left home sadly discover.

As I looked at those desperate people wandering the devastated streets in some sectors and the rich carrying on almost as normal; I could picture our own societies going through the same troubles without stretching the imagination too far. The question arises: why do we so often allow ourselves to become so passive and wait for government and other institutions to do for us what it is really up to us to do for ourselves?

What will happen to us, to our nation, to our world, in the next 100 years?

The next dot in this series of dots was an interview with Dr. George Friedman (Founder and Chairman of Geopolitical Futures) ten years ago in 2009 on the topic of America's domination in the 21st century. He comments on how it is that the United States of America came to exercise such unparalleled influence in the world. Then he gave a conference at the World Government Summit in March 2017 to the United Arab Emirates, where he mourned the passing of the period which began in 1945 after the war period of 1914 to 1945. He declared "the end of the myth of two things: the belief that multilateral institutions will solve all of our problems if you get somebody from Harvard to manage it - it's more difficult than that - and secondly, do not look at the GDP but look at how the GDP is distributed, because that will tell you what your future will look like."

In Boston last April long time MIT professor, historian and social critic Noam Chomsky gave an almost sympathetic explanation of why the western world economy is in such trouble, which means that ordinary citizens are in so much trouble. The CEO's of banks and large corporations are caught in the system which these entities make up, and they have no choice, really, but to make the decisions which the entities are designed to make, because if they don't, they will simply be replaced by someone else who will. Another observation he made is that whereas in the past Israel's 50-year policy of assimilating the West Bank was done more or less secretly, now with President Trump's support it is now being done in the open. Chomsky wonders what would happen if the U.S.A. were challenged to follow or keep its own laws internally and internationally, because until now the government has for the most part served unbridled capitalism. At least, that is what I take away from this lecture. 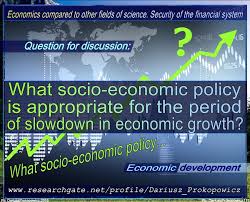 It's really up to us, whether we know it or not, do it or not

Next, I listened to a conference given by journalist and author Chris Hedges in January 2011 on the "Death of the Liberal Class", in which he talks about the "technocrats" that George Friedman talks about as well. Whereas our western society used to support liberal arts on university campuses in order to provide young adults with the opportunity and means to learn how to think, develop their social conscience, and explore ways to fashion life, work, and society with values; recent U.S. presidents have dismantled government regulation of corporate banking and business interests with the result that universities have become highly and narrowly specialized to serve the business world rather than life.

Health care for profit is only one example he cites of the ways in which public and private institutions can no longer be expected to support the rights of citizens individually or of the population of the nation as a whole. Those institutions in effect only serve themselves and those who own them. In "America: The Farewell Tour" Chris Hedges notes that if people are to continue to hope in the face of the increasingly harsh conditions of our time, the only way to go forward is for them to resist the control these institutions have over our lives and to resist any way we can in accord with our values. I take away that this means by way of non-violent resistance coupled together with personal initiative and responsibility.

It's okay to criticize capitalism after all - a talk at Google

A further dot in this fascinating series of dots was a talk given by Professor of Economics Emeritus, University of Massachusetts, Amherst, Richard Wolff at Google in June 2017. Under the title "Democracy at Work: A Cure for Capitalism" he explains why thinking stagnated for 50 years in the U.S.A. in economics - it was because of the Cold War. In a collective need to oppose the Soviet Union, Americans felt it necessary to uncritically defend and promote capitalism as it was practiced in the West. 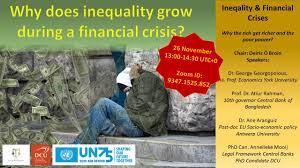 I was astonished to listen to and hear his review of Karl Marx's analysis of capitalism and realize that this is the first time I've heard an unbiased account of Marx. Until now I think I've only heard either communist interpretations of Marx or western condemnations of communist interpretations of Marx, but no unbiased understanding of Marx. The contrast, therefore, in economic theories, is between capitalists who are concerned with the price of things and Marx who prefers to begin with what could be called the pool of labor or of available workers and work time and energy. 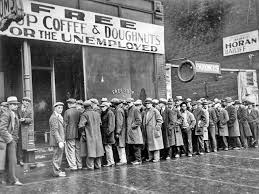 What is called neoliberal economics is what has come to dominate western societies. Our version of capitalism is based on a free market economy that doesn't want government regulation, intervention, or ownership but leaves everything to the private sector. The problem for the citizen and the general population is that this version of capitalism has only one value, and that is profit. Jobs, the value of work and labor, public infrastructures, the common good, none of it matters or exists for this version of capitalism. In recent decades, U.S. presidents have legislated deregulation of industry and corporations, with the result that jobs have been exported and unemployment increased, along with the public debt. There are other ways of doing business.

Wolff cites examples of people who have begun successful businesses that from the beginning don't operate for the profit of small boards of directors or shareholders, as do all current capitalist corporations. Instead, from the ground up, these new enterprises are composed of people who come together to produce products or services entirely owned and operated by the workers themselves. They are not communists but democrats living in democratic countries, and they are doing so well that capitalist enterprises cannot compete with them. Such initiatives have been emerging since the 1950's but only now are they coming to light, because the taboo against "communism", "Marxism", and "socialism" as political systems is eroding and people are beginning to understand that it is possible to hold economic views of labor that are not political but favor workers. 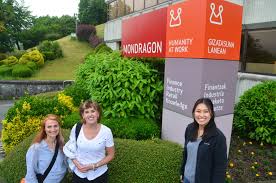 One such enterprise in Spain has been so successful that it has become a huge conglomerate of small businesses owned and operated by workers - over 100,000 of them. These successful businesses that put people first, as Pope Francis has been promoting in his writings and teachings, operate on the basis of two simple rules.

Rule # 1. Workers together hire and fire all workers and evaluate the efficiency of managers. 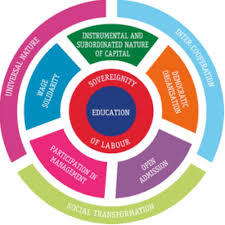 These rules create a form of capitalism that puts people first, not unbridled profit and greed. It effectively eliminates the disparity we now have between rich and poor, as in most large corporations in which the small minority of people at the top and on the boards earn 350 times more than the lowest paid workers. Also, many of these corporations export their assets to tax havens outside the countries where they operate, putting the entire social burden for the maintenance of public infrastructures on the shoulders of the citizens who end up being doubly exploited in both earning less and in having to pay more taxes. Capitalist enterprises owned and operated by the workers do neither; they neither create inequality nor avoid their social responsibilities, but effectively bring wealth to everyone. American capitalism claims that benefits will "trickle down" from the top to everyone, but in reality, they don't.


Listening to these social commentators has been very enlightening, and like in the documentary "Tomorrow / Demain", they open the door and put on display amazing initiatives already being taken by people to address the crisis of our times.