Pope Francis regarding Donald Trump's "Mexico Wall" - what is or isn't Christian? 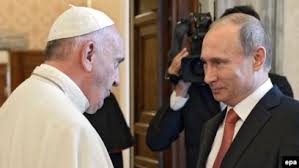 Acts 11:25-26     25 Then Barnabas went to Tarsus to look for Saul, 26 and when he had found him, he brought him to Antioch. So it was that for an entire year they met with the church and taught a great many people, and it was in Antioch that the disciples were first called “Christians.”    NRSV

From the beginning of what we now call Christianity the disciples of Jesus did not call themselves Christians, but it was other people - ordinary citizens who were neither believers in the Jewish faith nor believers in Jesus - who called Jesus' disciples "Christians". People identified them as followers of the Nazarene Jesus Christ precisely as Jesus himself had foretold it would happen.

According to Jesus' own mind and intention, any who follow Him as his disciples will be recognized as his disciples by the love they have for one another, a love which would become plain and visible to everyone as distinctive from what is to be found in the rest of society. When Jesus was arrested all twelve of his apostles failed in their love for Him. One betrayed Him, one denied Him, and the others ran away and abandoned Him. The one who betrayed Him could not cope and hanged himself. The other eleven in their regret sought to reverse their acts of weakness. They only succeeded when Jesus appeared to them and forgave them, restoring them to friendship and confidence in Him. Jesus strove to empower them to love one another after the example He gave by loving them even to the point of laying down his life for them.

The "great commission" by Jesus to his apostles

Matthew 28:16-20     16 Now the eleven disciples went to Galilee, to the mountain to which Jesus had directed them. 17 When they saw him, they worshiped him; but some doubted. 18 And Jesus came and said to them, “All authority in heaven and on earth has been given to me. 19 Go therefore and make disciples of all nations, baptizing them in the name of the Father and of the Son and of the Holy Spirit, 20 and teaching them to obey everything that I have commanded you. And remember, I am with you always, to the end of the age.”

Jesus' intentions clearly revealed the will of God in his final act as the master and teacher of his 12 apostles, now temporarily only 11, and of his other disciples. He commissioned them to go out into the world and the primary thing they were to do is make disciples - without distinction of national or ethnic origin - by baptizing them, immersing them, in God the Trinity - Father, Son, and Holy Spirit - and teaching them to observe all that He had commanded them.

Clearly then the "test" of a disciple is going out to make other disciples, and the substance of a disciple is the quality of love with which he or she loves others with Jesus as our model.

Any individual can desire or claim to be a Christian, but only others can truly say whether or not anyone is a Christian, a disciple of Jesus Christ. I can be a member of a Christian church, have proof of my initiation, and even regularly attend and contribute, but I could just as well be a member of a country club. Only my neighbors together with my enemies can say whether I truly live as a disciple of Jesus, who commanded his disciples to go so far as to love and forgive their enemies and do good to those who do evil to them, always returning good for evil.

Matthew 7:15-20
15 “Beware of false prophets, who come to you in sheep’s clothing but inwardly are ravenous wolves. 16 You will know them by their fruits. Are grapes gathered from thorns, or figs from thistles? 17 In the same way, every good tree bears good fruit, but the bad tree bears bad fruit. 18 A good tree cannot bear bad fruit, nor can a bad tree bear good fruit. 19 Every tree that does not bear good fruit is cut down and thrown into the fire. 20 Thus you will know them by their fruits.     NRSV

Jesus immediately knew what kind of person came up to Him or spoke out in front of his disciples. Jesus would not allow himself of those who followed or listened to Him to be manipulated by others just because they can speak the loudest, hide behind their public office or status, or intimidate others by employing the most influence or power or flaunting their success or riches. In every age Jesus wants his disciples to enjoy the same freedom, the freedom of the children of God. So He gave us simple criteria for discerning what kind of person another is on the basis of what comes out of them.

It is no coincidence that it is we, the healthy and wealthy of the Earth who take the means to isolate ourselves with walls of stone or economic protocols or other exercises of power. We in the Americas built our society upon the "ethnic cleansing" of genocide of the native peoples we found here when they would not submit to our every whim and tried to defend themselves, their peoples, and their way of life. Such a violent and murderous undertaking was certainly not the intention of most settlers and pioneers who brought high moral standards with them. However these good people were poorly represented by their leaders and the effect of the "land grabbing" attitude of Europeans was still deadly for the indigenous populations of this rich land. It is the same in every land and has been this way since the dawn of humanity, but it was not so in the original design of the Creator. To make it seem easier to exploit others all we have to do is consider them inferior, but such attitudes and policies dehumanize those who employ those very same practices.

There is a clear lesson from this account of the Creation given by God to the Jewish People as his Chosen People. In the inspired Word given by God to his People, He tells that they are to be the first among his children, intending them to draw to Him all the nations of the world. From God's point of view all the abundance of the Earth is intended by Him to be enjoyed by all of humanity without any exception or preference of privilege. The Jewish Scriptures make it clear that it is out of fear and greed that human beings make distinctions among ourselves, hoard good things to ourselves, and by the same token exclude others from having access, let alone enjoy, the good things of the Earth.

Pope Francis by his whole way of being is all about reaching out to others in respect and dialogue, open to what good can come from authentic encounter between people. This attitude and approach includes a willingness to be touched or moved by the experience and conditions of the other and do what is possible to ease the other's difficulties and through sharing and caring build bridges of good will and understanding in favor of unity and peace through works of justice and caring. This is very clearly an attitude that Jesus wants even today for any who would be his disciples.

Any approach that would build walls instead of bridges and harden the protocols that hinder others from having access to the good things of the Earth is not only unchristian but it is fundamentally an inhuman attitude. Such policies are the policies of those who would rule over others by force and do all that is deemed to be necessary to assure the rule of those with access to power, influence, riches. Many writers have explored and commented the ills of the deliberate exploitation of others, such as George Orwell in his novels Animal Farm and 1984.

What cannot be seen by those who refuse to see can often be plainly visible to mere children. This truth has been marvelously illustrated by Hans Christian Andersen in his fable "The Emperor's New Clothes". Perhaps what may prompt Mr. Donald Trump to say what he does, with all due respect to him and his bid to be the next President of the U.S.A., and all those who agree with him, is the American doctrine of "separation of church and state".

The Roman Catholic Church agrees with citizens of the world that the civil state has its proper competence and jurisdiction in matters of civil government and that the religious institution such as the church, temple, or synagogue has competence and jurisdiction in matters of religious governance. Some especially in America would make of this an ideology that would attempt to reduce practice of a faith to the realm of private life and go so far as to abhor any public manifestation of faith.

It is clear that the Creator of the universe as revealed to the Jewish People and in Jesus of Nazareth the Christ that God intends his children who believe in Him to practice their faith so thoroughly that it changes, enriches, and enhances every aspect of their life, including all public manifestations of their life and faith. It makes no sense therefore for a person to attempt to be a devout person of faith in church and at home but live as a pagan without regard or respect for others in school, at work, in the lab, in the marketplace, in public office, or anywhere else out in the world.

So, Mr. Trump, with all due respect to you, your party, and your supporters, everyone is entitled to say whether anyone is a Christian, and we all need to heed the voices of others, especially the voices of our opponents and enemies, for they are the least likely to be motivated to flatter or get into our good graces and the most likely to see clearly all those aspects of our lives which we cannot see.