(Intended for use in Canada for federal and provincial elections)

Is voting for a pro-abortion, pro-euthanasia party a mortal sin? 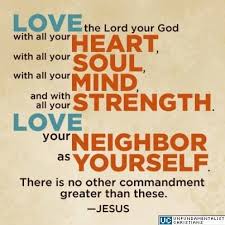 It is clear that to talk or write about abortion or euthanasia must be done with great sensitivity, because the action of ending a pregnancy or ending a human life are very serious and poignant issues that have profound impacts on those struggling with them. When people face an unexpected or unwanted pregnancy or face a pregnancy that is wanted but comes at an inopportune time; there can be great anxiety felt by those directly concerned. All too often, the pregnant woman may find herself alone and without any support, and fear alone may pressure her to end her pregnancy, or the pressure to do so may be put on her by others around her and at times even from health and social service agents. The same kind of pressure may be felt by those who suffer from disability, chronic or prolonged pain and feel like a burden.

These are culture of life issues, and there are many others, not the least of which are newly developing trends around human gender. These are perhaps the most important issues in our federal election because they have direct bearing on life itself for every citizen. Catholics and other people who treasure the sanctity of life are the only people who can publicly manifest this importance. The election is a prime opportunity to do this.

As you may or may not know, the Diocese has posted on its website "Let'sVote Responsibly" – a message from the AEQ for the 2018 provincial election which in many ways makes points applicable in this federal and indeed any federal or provincial election. A link to the CCCB's Federal Election Guide will lead you to further links to several statements by the CCCB on various moral and ethical issues facing Canadians, most notably abortion, euthanasia, and the right to life and dignity. Ours are very challenging times, but we have a new opportunity every day to put our trust in God and to give witness to the truth which is always good news. The CCCB Election Guide makes this important point:

"Exercising the right to vote means making informed and discerning judgments about the options available. There are times, however, when making a decision about who to vote for may prove very difficult. The Church reminds us that “in this context, it must be noted also that a well-formed Christian conscience does not permit one to vote for a political program or an individual law in which the fundamental content of faith and morals is replaced by the introduction of proposals differing from this content or opposing it.”

The implication is that a Catholic could not vote for parties that have explicit pro-choice and pro-euthanasia policies in their platform. This does not mean that a person needs to only vote for parties that do not endorse abortion or euthanasia. While these may not wish to bring these issues up or allow caucus members to bring them to the Commons, they may at least allow MPs or candidates to hold pro-life views and vote accordingly.  The Campaign Life Coalition (CLC) advice is that a Catholic (or other person who shares culture of life values) would check to see what candidate in their riding has pro-life views and vote for that person.

A key point here is that abortion and euthanasia are not morally equivalent to any other election issue, e.g. foreign policy, economy, etc... The right to life is the first human right from which proceed all other rights... While our society and culture may comfortably hold views that fail to consider the unborn as human beings; from the earliest days Christians have always held abortion in abhorrence, according the unborn respect for their human dignity. The basic human right is the right to life; then come liberty and well being.

Once life is assured, the next right is liberty. Once life and liberty are assured, the next right is to seek and assure well being or happiness. One person’s right to liberty cannot trump another person’s right to life; nor can one person’s right to well being trump another person’s right to liberty, and certainly not their right to life. Our culture has acquired an intense repugnance for pain and suffering, to the point that freedom from pain and suffering has come to be considered by some to be more important than the value of life itself. This is so in spite of the abundance of evidence that for human beings, meaning and purpose are not contained in what happens to us; rather, human beings have a capacity to give meaning and purpose to what happens to us.

Christians have always held that life and death belong to God. Human beings are not wise enough to determine when a life should end. Taking it upon oneself to put an end to one’s life or to the life of another is unwise and usurps the rights and authority of our Creator God. He made us and our lives belong to Him. Our reluctance to trust in God is the primary cause of much human suffering and many destructive human decisions and behaviors. It is an act of love to provide the dying with palliative care, to help pregnant women, and to take interest and accompany on their journey any who suffer.

There are 100,000 abortions a year in Canada. The Catholic Organization for Life and Family (COLF), co-sponsored by the CCCB and Knights of Columbus Supreme Council, noted “Canada, with China, North Korea, and Vietnam are the only countries which have no restriction in law with regard to abortion.” Most of the major parties support abortion over the full term of the pregnancy until birth.  President Trump stopped U.S. international funding to abortion organizations but the Liberal government now funds Planned Parenthood and other organizations to perform abortions around the world.


Canon Law does not define what is or is not a mortal sin, distinct from the discipline of theology, and defers to her in matters of moral theology. Canon Law is inspired by the Church’s theology, forbidding abortion from the earliest days, and its statutes clearly reflect this. In law we speak of delicts (a.k.a. as crimes), and these are very precisely defined.  Note that a delict MUST be clearly and explicitly defined as such in canon law. With regard to those who directly procure an abortion, the law imposes several restrictions or imposes penalties:

Canon 1041: irregularities impeded ordination – actually procuring an abortion makes a person irregular for the reception of orders
Canon 1398: latae sententiae ex-communication of anyone who effectively procures an abortion, “the killing of the foetus, in whatever way or at whatever time from the moment of conception”.

On a more local level, a bishop does have the authority to decree statutes and laws that apply to his diocese, and may impose penalties in this manner.  With regard to abortion, the legal landscape varies from place to place. The document “Forming consciences for faithful citizenship” was issued by the USCCB as a guide for Catholics in the US which states: http://www.usccb.org/issues-and-action/faithful-citizenship/upload/forming-consciences-for-faithful-citizenship.pdf

34. Catholics often face difficult choices about how to vote. This is why it is so important to vote according to a well-formed conscience that perceives the proper relationship among moral goods. A Catholic cannot vote for a candidate who favors a policy promoting an intrinsically evil act, such as abortion, euthanasia, assisted suicide, deliberately subjecting workers or the poor to subhuman living conditions, redefining marriage in ways that violate its essential meaning, or racist behavior, if the voter’s intent is to support that position. In such cases, a Catholic would be guilty of formal cooperation in grave evil. At the same time, a voter should not use a candidate’s opposition to an intrinsic evil to justify indifference or inattentiveness to other important moral issues involving human life and dignity.

35. There may be times when a Catholic who rejects a candidate’s unacceptable position even on policies promoting an intrinsically evil act may reasonably decide to vote for that candidate for other morally grave reasons. Voting in this way would be permissible only for truly grave moral reasons, not to advance narrow interests or partisan preferences or to ignore a fundamental moral evil.

In the U.S.A. during the 2004 presidential campaign Cardinal Ratzinger stated that voters would be "cooperating in evil" if they voted for a political candidate precisely because of their permissive stand on legalized abortion or  euthanasia. He further stated that voting for these candidates for other reasons of commensurate gravity in spite of their stand on abortion / euthanasia was justifiable in principle. Ratzinger… supported the denial of Holy Communion to these politicians… but bishops should only withhold communion after meeting with, teaching and warning politicians first.


So, to answer your question – voting for a pro-choice or pro-euthanasia candidate may be considered a mortal sin if the intent of your vote is to specifically advance the cause of abortion or euthanasia.  If not, then it will not be considered a mortal sin. Voting for a candidate who supports the value of human life from conception to natural death is a just way to promote public consciousness of the inherent value of human life and also honours the rights of our Creator God.