It may be legal, but it remains offensive 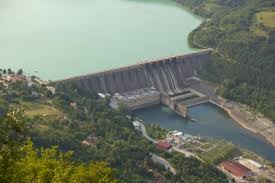 Churchill Falls Labrador Corporation and Hydro-Québec signed a deal with the latter investing about half and taking the added risk of covering potential cost overruns in exchange for a long term fixed rate which, at the time, indicated no risk for the CFLCo due to the fact that energy prices in the world had been stable since 1950. It took a few years for the dam to be built and for electricity to begin to flow out, but already by then the world had dramatically changed.

The Montreal La Presse on February 16, 1971 reported the signing of an international deal initiated by OPEC, the Organization of Petroleum Exporting Countries, which - following on the Middle-East conflicts involving the State of Israel - decided to stop letting the world push them around. They had oil and the West wanted it; so they decided it was time for the West to pay the piper, as it were.


Our world had radically changed in just a few years 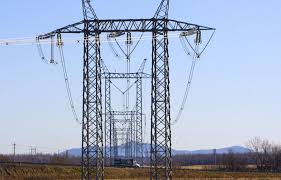 So, while the ink on the agreement was barely dry and the electricity started flowing out of Churchill Falls, Hydro-Québec was making a mint and Churchill Falls Labrador was getting crumbs. It was a swift kick to the head and they realized they were screwed, and screwed for the next 65 years! Meanwhile, Hydro-Québec was waltzing to the bank like someone holding a humongous winning lottery ticket.

In the best of all possible worlds, either Hydro-Québec or Québec leaders or the population itself might have realized the lopsided stakes here, and someone could have taken the bull by the horns and said to Churchill Falls, "Look, I know we have a signed agreement, and we're not obligated to do any more, but, this is ridiculous. Here's what we'd like to do. You're stuck at the 1969 price which is now increasing geometrically with no sign of stopping. We have to pay back our investment, but it won't kill us to increase what you get to 10% maybe as much as 20% of whatever increases in price we get. If the price goes down, so will yours, of course." I don't know, anything along those lines would have been a civilized thing to do, a gentleman's offer and gesture, a sign that we still have some class.

But no. On the Québec side, we walked away like the proverbial lotto winner or casino winner, laughing all the way to the bank. As for the people on the other side, "f.... 'em!" "They signed just as we did; so they can live with it now." Yeah, right.

What we did is worthy of the worst rogue capitalism for which North America is known, and more especially, our immediate neighbours to the south. Just look at and listen to their leader, President Trump, and you'll see this brand of rogue capitalism at work. Any competitor is a enemy to crush to the ground so that it will never rise again.

Does this make any sense, but at all?


What about the facts?

Admittedly, without Hydro-Québec taking the risks and investing as it did, Churchill Falls would never have been built, and Newfoundland-Labrador would have nothing at all to show. So, according to the letter of the law, Hydro-Québec was and is fully entitled to a good return on their investment and proper compensation for taking the risks by assuming any potential cost overruns. It could have decided to invest on Québec territory instead. The "new Québec" after Jean Lesage's win in 1960 was only 9 years old and there was a lot of work to do to bring the province into the 20th century in many ways. Still, though, according to the CBC to Churchill Falls Labrador Corporation's $2 billion in profits, Hydro-Québec has taken in $28 billion! That's 1,400 %! That's a humongous amount of profit... no kidding!

To laugh at the other partner for a few years would be quite understandable and forgivable, but to "stick it to them" for the past 50 years and to go on "sticking it to them" until 2041 is a bit much, don't you think? Hell, we could triple their take at $6 billion and still get $24 billion for Hydro-Québec's coffers, according to those reports. That's doable. Clearly, we could do much better, which would help Newfoundlanders solve their current extreme financial crisis, and we'd still be taking in billions in PROFITS, because the price of electricity isn't showing any signs of collapsing!


How to understand this?

Clearly, the players here are not interested in being or living or acting as gentlemen. Heck, not even as people of the same species living on the same planet! It's all about making the maximum profit and to hell with everybody else.... "Hey Mom, look at how well we're doing over here!"

I have always been proud to be Canadian, proud to be a Quebecer, proud to be a Montrealer, but today, I am ashamed. I have friends in Newfoundland-Labrador, and when I see their questioning looks, I have no answer to give them, and I can only hang my head, because I have been silent for all this time in the face of a social scandal of human proportions. And this is only one of the many scandals and incongruities of our generations that we have witnessed and about which we have done little or nothing. Well, no more....


Sadly, it's past the time to wake up and smell our planet falling apart

The glaciers are melting at an exponential rate, to the point that scientists are embarrassed to make any predictions about how fast it will accelerate, but the writing is on the wall: sooner than we think, hundreds of millions of people living along ocean coasts will be flooded out and displaced. We think we've been in crisis mode with Covid-19? We haven't seen anything yet! Just wait until those millions of people cross into neighbouring countries just to survive and see what happens then....

We're like people in a rowboat on the ocean having an argument, and one guy decides to stick it to the others and punches a hole in the boat... "So there! That will show you who's boss around here!" Not so smart, as water quickly rises in the boat and the sharks circle around just on the other side...."

Even kids know all about getting along and cooperating. We were kids once and we learned that lesson, but we've forgotten it. Well, it's high time we learn it again, because time is running out. We of the human species currently occupying Planet Earth, we are in actual danger of going extinct, and it could very well happen in our lifetime; unless we wake up fast and start working together.


So, Hydro-Québec, buckle up and start talking nice to the other guys and gals

Okay, so I may be sounding naive here, right? But I'm a believer; so that means that I live primarily driven by hope. Why? Because I know that very soon we will all find ourselves standing in the presence of the Creator of the Universe, the One from whom we come and to whom we are all going, whether we believe that or not, and whether we like that or not. He is kind and gracious, but also just. He was warned us that if we are harsh to others, then we will get the same treatment. If we are kind to others, then we can expect to find kindness from Him as well.

So, Hydro, it's never too late! You can still come out of this smelling like a proverbial rose if you take the initiative and "make Churchill Falls Labrador Corp. an offer they can't refuse"... to give our good neighbors in Newfoundland-Labrador a break they sorely need and surely deserve. It's high time we do the right thing so we can look at ourselves in the mirror and, finally, not have reason to feel bad, to be ashamed of our cavalier treatment - FOR THE PAST 50 YEARS - of these good people. Yes, we took risks and were assured a good deal, but this has gone WAY, WAY, WAY beyond that. It's time.


Feel free to pass this on, to "pay it forward"

Even if we're stuck to a wheel chair and only able to type on a keyboard with the look of our eyes through an adapter, there's a lot we can each do to help make this world a little better. We can do a lot through just a few words at the right time, in the right place, to the right people.

Check out the film "Tomorrow. Demain." to see how many people are already choosing a proactive course of action in their lives and improving the world around them for others.

Pope Francis will be receiving young people who want to make the world better be constructing an economy that puts people and our common home first, ahead of profits, and certainly not profits at all cost, even at the cost of destroying our common home. Check it out - the gathering planned for November 19-21, 2020 is being called "Economy of Francesco".
Publié par Fr. Gilles Surprenant à l'adresse 2:40 PM No comments: