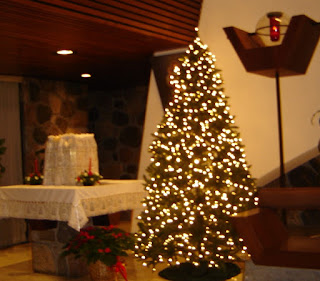 The Sacred Liturgy – Reverent Gestures toward the Holy Eucharist

In various times and places it is said that the current standard for Liturgy would have minimal distractions during the Mass: hence no genuflections, crossings, etc. The context for this statement would have been the changes brought about in the Liturgy by Vatican II and the subsequent reforms in the Liturgy. In the Mass celebrated since , the priest made many crosses over the bread and wine, crossing also himself, and so on.

The truth is that the Latin Rite then was closer to the Orthodox and Eastern Catholic rites, which have always made a point of making the Blessed Trinity visible throughout the Divine Liturgy. It is true that since Vatican II our Church did simplify the Liturgy, and what the priests and deacons are to do is spelled out in the relevant rituals and accompanying documents.

Another truth is that by simplifying the Liturgy and reducing the elements that spoke of the august Mystery of God present among us, we have widened the gap with the Orthodox and Eastern Catholic Divine Liturgy and hence with those sisters and brothers, making their Liturgy even stranger and more incomprehensible intellectually. But the simple truth is that whenever we attend one of their Divine Liturgies, the visuals are so eloquent and the accompanying words so significant that it takes a hard heart or an extreme intellectual not to be moved to tears.

You may or may not know this, dear Reader, but there are currents in the Church invoking Vatican II in order to promote agendas that are actually the opposite of the reform of the Liturgy as it has taken place, by people who are frustrated that the reforms did not go far enough, that is, did not incorporate changes they favor. These tendencies would reduce our Liturgy to something much closer to the sterile evangelistic worship service that is full of words and almost devoid of symbols and visuals as has been the case in many churches of the "Reform" over the past five centuries.

For example, Bishop De Roo of Victoria BC, now retired, almost forbade people kneeling at any time during the Mass, and would refuse permission for new churches to include kneelers in them, except when there was intense pressure of devotion from ethnic communities, but even for them he only allowed kneelers for pews in the first few rows. I know this from good friends who have lived in that diocese since the late 1980's or early 1990's. That is an example of open rebellion, which is not too strong a term, given that the proper authority to interpret documents on the Liturgy belongs to the national episcopal conferences, never to individual bishops, and certainly not to individual priests, and even then, only a few aspects are up to the bishops.

The ritual itself is not open to interpretation or changes except by the proper authorities at the . Specifically about kneeling or genuflecting, the ritual of the Mass states in red ink (rubrics) when the priest genuflects, that is, right after the consecration of the bread into the Body of Christ, and again, after the consecration of the wine into the Blood of Christ, and finally, just before presenting the Body of Christ for Holy Communion to the assembly. That is the proper protocol specifically spelled out in the ritual for the Holy Eucharist.

There is nothing in the ritual itself about going to the Tabernacle, but this is not because nothing should be done but rather because it is considered so obvious that it need not be spelled out everywhere. What is spelled out is that those approaching or leaving the sanctuary at the beginning and end of Mass should genuflect at or towards the Tabernacle, depending on where it is situated; the only exception being in a large church such as St Peter's in Rome, where the Reserve of the Blessed Sacrament is nowhere in the church but deep in a side chapel beyond the pillars on the right side. Hence, the Real Presence is nowhere to be seen; so no genuflection.

Also, anyone passing by the Tabernacle is to genuflect at all times; however, this is generally meant for outside the Liturgy, since people generally don't pass by the Tabernacle during In any church where there is much commotion near the Tabernacle, repeated genuflections would make no sense and actually distract from the Mass. Definitely no genuflections at Communion time when the focus in on Jesus as we approach and receive Him. Any who are specifically passing by even during the Mass could genuflect, as it is proper to bow to the Altar whenever crossing over the center aisle from one side to the other, as a sign of respect to Jesus who is the Priest, the Altar, and the Lamb of Sacrifice according to our Liturgy. In our Church where the Tabernacle is visible, unlike St Peter's, the genuflections at the beginning and end of Mass are considered standard practice, whether or not they have actually been practiced in recent history.

The role of the pastor is to preserve and hand on the tradition and rituals, so if I have stood out like a sore thumb with these genuflections, it is not to be difficult or irk everyone or offend the pride of local tradition and practice, but all for the glory of the Lord and the growth in faith of the people. The Liturgy not only celebrates, it also teaches and forms. Anyone going to the Tabernacle during the Mass, usually before and after Holy Communion, opens the Tabernacle door, genuflects, takes out ciboria, closes the Tabernacle door, brings the ciboria to the Altar.... then after Holy Communion, returns with the ciboria to the Tabernacle, opens the door, replaces the ciboria inside, genuflects, and closes the door.

The proper gestures when doing something at the Tabernacle are spelled out in the rite for Eucharistic Adoration, but are mostly taken for granted as standard practice and passed on. In a family, for example, when parents give specific task related instructions to their children, the fact that they omit reminding the children to say Please and Thank You does not annul those practices, because they are so common and obvious that they may be taken for granted. So it is with much that is traditional regarding the Liturgy and church Sanctuary.

It is traditional practice, which expresses our faith in the True Presence of Jesus, that anytime we approach the Tabernacle to extract the Body of Christ in one or more ciboria, one genuflects after opening the door - acknowledging Jesus and adoring Him - and again just before closing the door after having returned one or more ciboria to be reserved. This practice both expresses and teaches our faith in Jesus truly present in his risen Body and Blood in the Holy Eucharist and reserved in the Tabernacle.

It is an abuse of the respect, reverence, and obedience we owe to the Lord to deliberately refuse this practice or teach others to ignore it. To do so opens the door to the erosion of the faith and attacks against the faith by beliefs, ideas, and practices in the culture and society in every time and place that militate against the Lord and his presence, word, and work or salvation in the world. There are those who would make the presence of Jesus in the whole assembly, with the Presider at the head, the exclusive point of focus, annulling any form of reverence for the Body and Blood of Christ either on the Altar or in the Tabernacle.

Reality is not so monolithic, but multifaceted. It is no contradiction to have the Presider genuflect at the Altar during the Singing of the Lamb of God as he says the relevant priest's prayers before Holy Communion, and simultaneously for a deacon or extraordinary minister of Holy Communion genuflect upon opening the door to the Tabernacle. On the contrary, this merely makes visible the many facets of Jesus' presence, word, and action among us. None of this is open to interpretation or change, because no one but the bishops together with the Pope can make major changes, and the pertinent Congregation can give interpretations and publish duly designed and authorized reforms.

What we mean by authority is not power to impose in the midst of conflicted views, but rather faith in Jesus' ongoing presence among us, and in particular his own will to speak and act through the sacrament of Holy Orders in the roles and persons of the Pope and bishops, who are after all successors to the Apostles to whom Jesus entrusted all his authority. In order to respect the full magnitude of Jesus' presence, word, and action among us, we must respect them all. That includes zealous attention to the rituals and other manifestations of our Church's traditions, the handing on of rituals, teachings, and practices of faith as handed on by our parents, teachers, catechists, and pastors, and as interpreted and corrected when necessary by the competent and pertinent authorities.

This entire network is Jesus speaking, acting, and present among us. In view of the constant erosion factor from our culture, I'd love all of our collaborators at St Luke St-Luc to adopt with one mind and heart what I began over a year ago with regards to the Our Father sung in English, namely, regarding the 5 repetitions of Amen at the end and the related gestures. This is the only part that never made sense to me: the gesture for the 4th Amen is just a repetition of the 1st, i.e. a lifting up of the hands towards Heaven. It would make sense for the gesture accompanying the 4th Amen to point towards Jesus truly present in his Body and Blood on the Altar, which we are about to partake.

1st Amen - hands lifted up side by side and arms fully extended towards the heavens = Amen to You O Blessed Trinity!

2nd Amen - hands lowered to the horizontal and arms fully extended straight ahead, then fanning out on either side in a sweeping embrace and inclusion of of everyone = Amen to everyone here and in the world and all creatures in the universe!

3rd Amen - hands lowered to the ground and arms fully extended on either side = Amen to your   presence in me, Lord!

4th Amen - hands and arms fully extended towards Jesus on the Altar = Amen to You Lord Jesus in the Holy Eucharist! 5th Amen - hands folding and joining at the chest in the traditional prayerful gesture = Amen to your holy will in all things Lord!