How easily we misunderstand one another as well as life situations 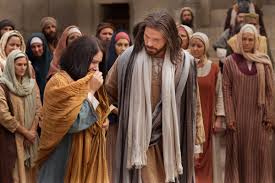 It has come home to me even more forcefully recently how easily we misunderstand one another and give others cause to misunderstand us.

We believe in giving others the benefit of the doubt, wherever this civility is valued, primarily because we understand how easy it is for human beings - failing the opportunity to be fully informed of all the facts and factors involved in any situation - to jump to conclusions which are as deficient as the bases upon which they stand.

What is most troubling in our human condition - since the original sin at the dawn of human history - is our inclination to take offense and hurt before the possibility of giving the benefit of the doubt even arises in our awareness. One truth or reality that the Genesis account of the creation of man and woman and their subsequent "fall" from grace certainly makes clear, is that we are all suffering - in every generation since then - a profound insecurity in the very depths of our sense of identity and dignity. This insecurity in turn is a grave obstacle to open and trusting relations among us.

The Creator revealed to his creatures the nature and reason for this insecurity and how differently we women and men experience and suffer it.

The man is perennially insecure in his labors, in his relationship with the Earth and the world around him, and in his visceral passion to survive and to provide for his family. Because our progenitor broke faith with his Creator, believed a lie about his Creator insinuated into his mind by the persuasive "stranger", and acted in direct opposition to what he knew first hand to be the will of his Creator - ignoring the very precise warning he had received from his Creator - the man became estranged from his Creator, from himself and his own integrity which he had now undermined, and subsequently with innumerable practical consequences, he became estranged from his world and his place in that world.

In addition and perhaps more seriously, the man failed to watch over and protect the woman when she was assailed by the persuasive stranger. Where was the man and what was he doing when the stranger arrived and approached the woman? What was he thinking when she brought to him the stranger's insinuation and suggestion to ignore the Creator's warning? Why did he not explain to her the error in the stranger's suggestion and motivate her to join him in remaining faithful to the Creator?

We men, as his inheritors, now suffer the very same consequences of insecurity in our dignity and place in the world. We struggle and labor and all our efforts eventually terminate in frustration and the production of "thorns and thistles", spending our life force and energy apparently to no avail.

Why did the seductive stranger approach and attack the woman and not the man? The great respect and reverence Christians inherit from our Jewish sisters and brothers - our religious tradition from theirs - resides precisely in the importance and value given by the Creator to woman as the one who has been designed by God to be the bearer of new life - in the image and likeness of the Holy Spirit who is the "Lord and Giver of life" - even more so than the man, who has been disigned by God to "fertilize" this new life within her, to stand by her, and to cherish her for all that she gives as she pours herself out in selfless and devoted service.

That was the Creator's plan, but now, the woman, for her part, is perennially insecure in her relations, first and foremost her relationship with her husband, her man. Although the account relates that she only knew of the Creator's warning indirectly from the man, she nevertheless knew it to be true and reliable, as God her Creator is himself reliable. Still, she allowed herself to be persuaded by the stranger, accepting as true his insinuations that the Creator was not truthful, nor reliable, but in fact stingy with his blessings.

She was seduced with the desire to be like God, even though she already experienced the fullness of likeness to God in her own being and dignity as woman. She was tempted to no longer trust in God or wait for his blessings to unfold, but instead, to grasp at them and seize them herself, alone, independently of her Creator.

She could still have been saved from her error had her man resisted her proposal, but he didn't. As a result, she not only fell from grace herself but also drew her husband into falling from grace. How could she then continue to trust in him and in his love for her, now that she too began to suffer the consequences of their break from trust in God.

No longer certain of her man's strength or confident in his love and care, the woman began to suffer uncertainty of being loved. The more she seeks to be reassured that she is loved, the more her man resents being reminded of his failure, and the more he reacts badly in an effort to quell her grasping and, in effects, behaves in a rather domineering way.

Both men and women are not only estranged from each other, and from their Creator whom they now fear rather than seek out, but they are also estranged from the garden and all its wonderful creatures,

of whom they are also a part and fellow creatures before their Creator. Gone is the order and peace of the natural environment of Earth, because her caretakers - the man and the woman - have taken a mortal wound in their own sense of dignity and identity, and they have forgotten how to care for their fellow creatures. In their insecurity and fear, they end up pillaging and raping the Earth, never feeling satisfied with a sufficiency, but ever seeking more and more....

They continued to suffer in this tragic way until the advent of the Savior and the realization of the promise made to them by the Creator. In joining the human race through Mary, Jesus of Nazareth has opened up a path of return to the garden and to intimate life-giving relations with the Creator, whom we now know as our heavenly Father. Jesus has obtained for us the forgiveness of all our faults and, in the giving and our pouring of the Holy Spirit, has opened up for us a new way of living, a restoration of the original innocence and life of harmony ever intended by our Creator from the start for us to enjoy in his presence and with his company.

Those who accept his call and invitation and repent of their death dealing practices, committing now their faith and trust in the One and only Savior of humanity, Jesus Christ, are baptized in the Name of the Father, and of the Son, and of the Holy Spirit with water and the Holy Spirit and are born again, regenerated, and adopted by God as his very own children. Jesus leads them and sends them out into all the world to extend this good news and opportunity to be restored to grace to all of humanity, to all who will accept the priceless gift ever offered by God to humanity.