What about Marriage of a Roman Catholic with a Muslim? 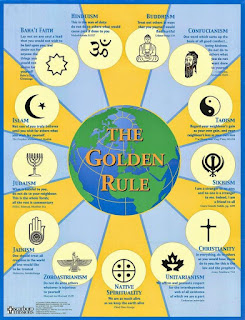 You and your fiancé are discussing marriage, and you raise an important question regarding faith and religion because one of you is a Roman Catholic Christian and the other is a Muslim.

First, congratulations to you and your fiancé for your good news... it takes love and courage to want to live marriage and family life today when so much of our western culture emphasizes individual success and personal comfort. Marriage implies children and family, and both require selflessness and considerable devotion and generous service out of authentic human love.

I invite you to go to your parish (discover your parish if you don't already belong to one) and obtain from them their general Parish FAQ sheet for Marriage and read it. Their welcome documents will show their policies and guidelines, which would normally answer many of your questions.

First, I commend you for asking such an important question, namely: "What do we do now that we want to marry, but we are of two very different faiths?"

Muslims and Christians both believe that there is only one God, but how they understand God is very different. For Muslims Allah is a fierce and judgmental god who very clearly demands submission and only submission on the part of humanity, not love. Whereas for Christians, God is a single, unique divine Being who exists in three equal and united divine Persons: Father, Son, and Holy Spirit, and the second Person, the Son, took on a human flesh and came to be known as Jesus in order to reveal the Father's love to humanity and call for a return of love after the example of Jesus. For Muslims this is outrageous and unacceptable, even offensive for the more radical Muslims.

However, Muslims who have decided to "accommodate" themselves to western society and to respect other faiths without condemning them, can actually be capable of entering into marriage with a Christian, or as in your case, a Roman Catholic Christian, without holding the faith of their partner in contempt.

On the other hand, Muslims who have been "fired up" by the "reform" begun by the "Muslim Brotherhood" in Egypt in 1928, or by other such reform movements, are inclined to go back to the original sources of their Muslim faith, when in the first century after Mohammad Islam took the form of an Empire sweeping across north Africa, the Middle East, Asia, and eastern Europe. For such zealous Muslims, no accommodation with Christians is possible or tolerable, only submission to the one authority of Allah and in the one name of Mohammad his prophet.

Now, Muslims can be "militant", that is, zealous for Islam, without being "terrorists". Here our interest is only in Muslims who are anything except terrorists; so we're talking about fervent or militant, or cultural, or accommodating Muslims only.

For militant or zealous Muslims, Christians are "heretics", that is, they are convinced that Christians have deformed the Jewish Scriptures and the Gospels, because, they say, "God has no son." They do not understand or accept the Incarnation of the Son of God in Mary's womb as Jesus, who is both a divine person - the Son of God - and a human being, Jesus of Nazareth. Christians accept the mystery revealed by Jesus that God is his Divine Father while at the same time Mary is his human mother. We believe in the Holy Spirit as the "third divine person" in the one divine Being who is God.

This is a deeply divisive difference between the Christian faith and the Muslim faith. It would be very difficult, if not impossible, for a fervent Muslim and a fervent Christian to enter into a strong and united marriage, without one having to surrender to the faith of the other, or at the very least, keep their own faith hidden or private.

While the "falling in love" early stage of such a couple's relationship might blind them emotionally to those differences as well as to the long-term difficult and painful consequences of those differences; the pain of their differences can only grow more intense and divisive with time as the full reality of their situation becomes unavoidable.

However, if one of them is willing to subordinate their faith to that of their spouse, then it is possible for the marriage to work, but that would depend on the stability of that decision on the part of the one who would accept to eclipse his or her faith. Still, even in that case, that person's family - especially if they are also fervent in their faith - could put such pressure on the other party that he or she would feel harassed if not persecuted, and certainly pressurized. It would be difficult, uncomfortable, and in time intolerable to live under such conditions.

In conclusion, marriage between a Muslim and a Christian is possible, but usually, because of the nature of the religious cultures specific to each of these faiths, the Christian is required to "submit" to the faith of Mohammad simply because as we go around the world we find that in our day it is Islam that is far more militant, judgmental, firm, and unyielding than Christianity or Catholicism. Actually, the name Islam literally means "submission", and Allah is a divinity who demands submission, unlike the Holy Trinity who ask us to love them in return and at the same time that we love our neighbors, even our enemies, as ourselves. Otherwise, it is the Muslim who must accept to keep their faith to themselves or to lay aside its demands in order to accommodate to the Christian spouse. This can happen in the West but not usually in a majority Muslim country where the Law of Sharia is the only code of law for both civil and religious matters.

WHAT ABOUT YOUR CHILDREN?

You begin to understand the importance of the couple having a very clear mutual understanding about who God is and how they are going to live and practice their respective faiths when you stop to consider the children to be born to this couple. Will the children be raised Muslim or Catholic and Christian? Children cannot be brought up to be both, because no one can be both. A Muslim who practices faith as a Christian and who loves Jesus is not fully practicing faith as a Muslim, because Islam refuses to accept Jesus as Son of God. A Christian who practices faith as a Muslim cannot really be Christian because Jesus revealed God to be One divine Being composed of three equal but distinct divine persons.

A child brought up "in between" will be living in ambiguity, and that would be a very unhealthy environment for a child to grow up in. Children need clear answers until, as adults, they can formulate for themselves what they truly believe.

Children are fragile and need the strength, union, peace, love, and stability of their parents, and they must also have a very clear idea of their own identity, including their faith identity, in order to thrive.

If such a couple - Roman Catholic Christian and Muslim - fully realize that their union will not be possible because each of them chooses to remain fervent in the practice of their respective faiths; then they can take consolation that as they go their separate ways they will not lose their wonderful human capacity to discover another person worthy of their love and with whom they will be able to form a more united couple in view of Marriage and family life. True love is a choice and not really an accidental "falling" as western culture around romance would have us believe.

This is not to deny the value and beauty of romance - because inasmuch as it is truly human, then it is beautiful and has its own value - but rather to affirm the greater value of love as a free decision and as a generous gift of self. By far this first dimension of human love is more substantial and more lasting, and it is such love that is fruitful and life giving. Romance merely adds more color to what is already beautiful and eternal, and romance is merely the early season of married love, the Spring time. After that, human married love is called to enjoy the other seasons of life and to accept to be changed by them as it grows and expands, building and enriching human society.